How long do souls remain in purgatory?

The length of time souls are detained in Purgatory depends on:
a) the number of their faults;
b) the malice and deliberation with which these have been committed;
c) the penance done, or not done, the satisfaction made, or not made for sins
during life;
d) Much, too, depends on the suffrages offered for them after death

What can safely be said is that the time souls spend in Purgatory is, as a rule, very much longer than people commonly imagine.

We will quote a few of the many instances which are recounted in the lives and revelations of the Saints. 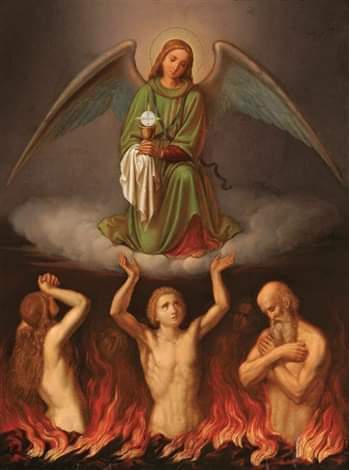 St. Louis Bertrand's father was an exemplary Christian, as we should naturally expect, being the father of so great a Saint. He had even wished to become a Carthusian monk until he learned that it was not God's will for him. When he died, after long years spent in the practice of every Christian virtue, his saintly son, fully aware of the rigors of God's Justice, offered many Masses and poured forth the most fervent supplications for the soul he so dearly loved. A vision of his father still in Purgatory forced him to intensify a hundredfold his suffrages. He added most severe penances and long fasts to his Masses and prayers. Yet eight whole years passed before he obtained the release of his father.

St. Malachy's sister was detained in Purgatory for a very long time, despite the Masses, prayers and heroic mortifications the Saint offered for her!

It was related to a holy nun in Pampluna, who had succeeded in releasing many Carmelite nuns from Purgatory, that most of these had spent there terms of from 30 to 60 years!
Carmelite nuns in Purgatory for 40, 50 and 60 years! What will it be for those living amidst the temptations of the World and with all their hundreds of weaknesses?

St. Vincent Ferrer, after the death of his sister, prayed with incredible fervor for her soul and offered many Masses for her release. She appeared to him at length and told him that had it not been for his powerful intercession with God, she should
have remained an interminable time in Purgatory.

In the Dominican Order it is the rule to pray for the Master Generals by name on their anniversaries. Many of these have been dead several hundred years! They were men especially eminent for piety and learning. This rule would not be
approved by the Church were it not necessary and prudent.

We do not mean to imply that all souls are detained equally long periods in the expiatory fires. Many have committed lesser faults and have done more penance.  Therefore, their punishment will be much less severe. Still, the instances we have quoted are very much to the point, for if these souls
who enjoyed the intimacy, who saw the example and who shared in the intercession of great Saints during their lives and were aided by their most efficacious suffrages after death were yet detained for such a length of time in Purgatory, what may not happen to us who enjoy none of these wonderful
privileges?

We have made a reference to articles on purgatory. Do well to check them out.

Just a recap : An indulgence is a remission before God of the temporal punishment due to sins whose guilt has already been forgiven, which the faithful Christian who is duly disposed gains under certain prescribed conditions through the action of the Church which, as the minister of redemption, dispenses and applies with authority the treasury of the satisfactions of Christ and the saints.” - CCC No 1471