According to him the police at ihiagwa,Owerri  terrorising students in the schools around the place and tagging them with all kinds of crimes in the name of fighting student cultism. These children who are innocent are forced to write incriminating statements against themselves.

Their modus operandi is that they randomly pick you up anywhere they see you, intimidate you by beating and then force you to the Ihiagwa police station where you are forced to write a statement for doing nothing. They take your phones from you and prevent you from contacting anybody for help and you are put into the cell for doing nothing.

Then they demand for huge amount of money  from their victims who are majorly students. Some are wrongly tagged cultists and sent to the state C. I. D. where they are tortured and made to admit crimes they have not committed if they are unable to cough out the "ransome" money {which ranges from ?20,000 upwards} demanded from them by the police at Iheagwa police station.

On Friday night 3rd of May 2019, my wife called my son who went to the Federal Polytechnic Nekede to commence his clearances but had not returned. The phone kept ringing but was not answered. We got worried and kept calling till Saturday the 4th of May 2019 morning when my son sent a text to say he would call later. When he finally came home, the following is his story:

"...Friday, 3rd May 2019, I had gone to the Federal Polytechnic Nekede to carry out some clearances in furtherance to the completion of my HND academic pursuit. I finished what I went to do and took an Okada ride to get to the major road to board a public transport to Owerri town.

When I and the commercial Okada man came to part of Nekede called "South Africa"  we were stopped by some police men mostly incompletely dressed, as they wore only "anti cultism" mufty  dresses. They asked me to disembark from the motorcycle and I did. They demanded to know where I was going and I told them where I was coming from and that I was going to the road to board a taxi back home.

They demanded for my smartphone which I handed to them and they searched the content of my phone. They took my small side bag and also searched it and they told me to get into their unmarked vehicle and I demanded to know why since I am not a cult member and they found nothing incriminating on me?.

They started kicking me with their boots and forced me into their vehicle. The man who led the operation was addressed as Bassey. Later I discovered that some of them in that team were members of vigilante. Some of the boys arrested had their hands tied behind their backs. As we drove along, they picked up two boys also but one of them paid then some money and was released to go.

We were driven to the IHiAGWA POLICE STATION at Nekede, where we were asked to write statements and where they quickly got some little wooden boards which  they marked with  SUSPECTED CULTISTS, handed the boards to us and took photographs of us. Some were video recorded too.

They took my belt and my footwear and we  were moved into the cell where I stayed till Saturday the 4th of May {Saturday} and I was not allowed to place any calls because they took my phone's and every other things I had with me. Saturday morning I was able to speak with a police woman who went and bargained for my release with the sum of ?24,000 + ?1,000 which was for one paper that was signed by one of them and another ?500 which I paid before I could collect my belongings, totalling ?25,500.

This was the money I was going to use for my clearances at school. There were many boys in the police cell and some of them have been there for more than two months and have not been able to  reach their relations. Many students are being held there and huge sums money extorted from them for bails...".

Another kalu added that  "on the last matriculation day, one Mr Asuquo and his team arrested some students , when looking intervendas a vigilante member from umuofocha, one officer Charity bullied me, I was embarrassed , I tried making an entry ,they scorned me, though I complained to mr Adekunle , at end of the day  they collected forty thosand naira, imagine Nigeria police extorting students, what are they insinuating, shame"

How to write a police statement upon arrest 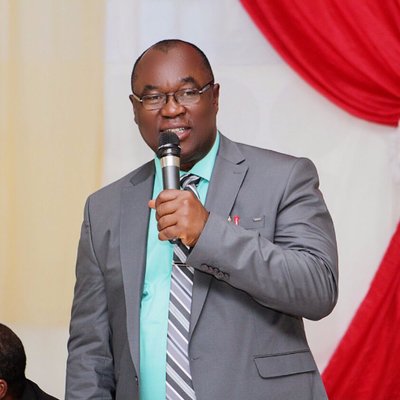